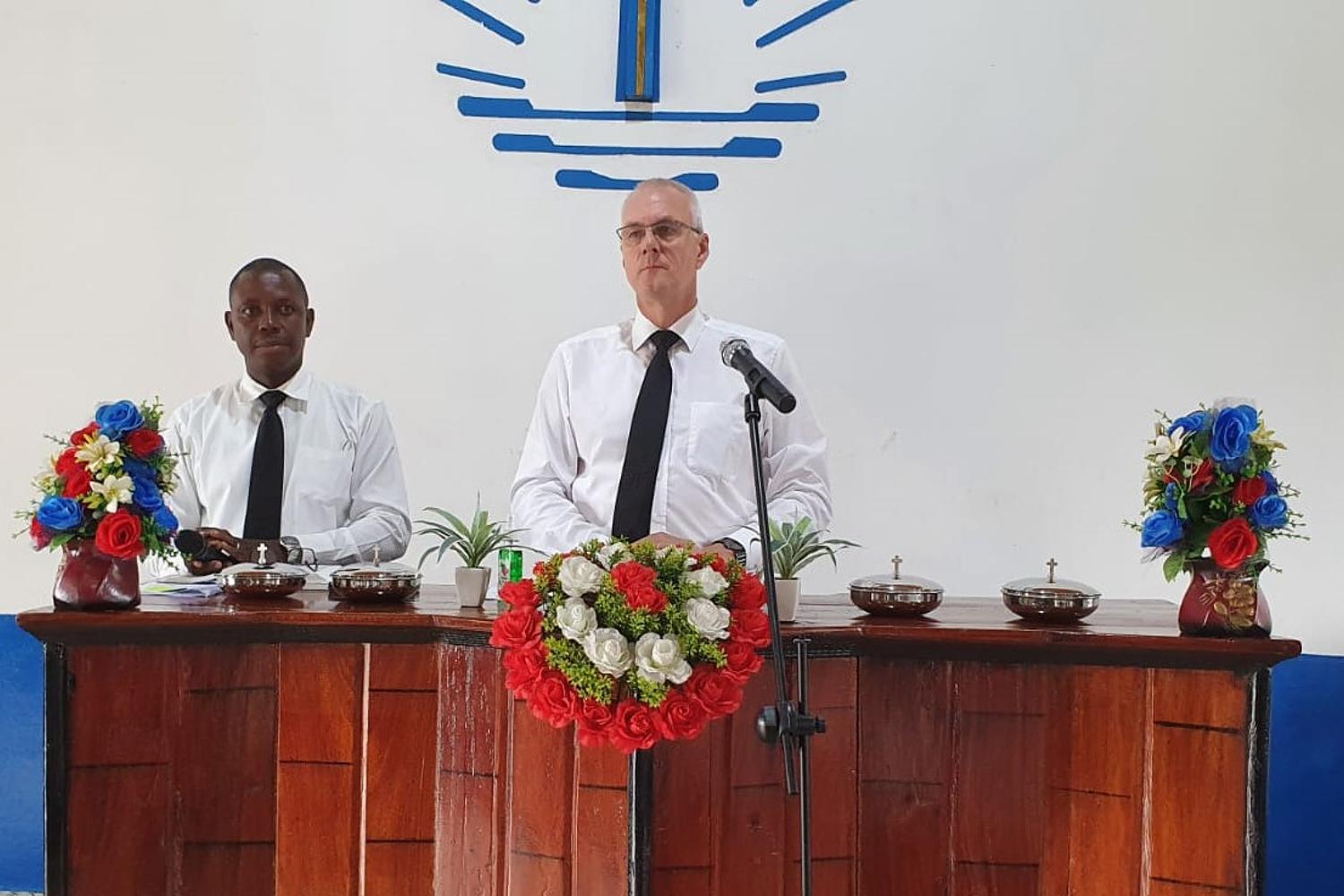 The Divine Service of the Ministers of Guinea led by our District Apostle on August 6, 2022, with the basic word from 2 Chronicles 16:9 "For the Lord stretches out his eyes over all the earth, to support those whose hearts are wholly his."
The message was to surrender to God in every cause; Thus, He took the example of King Asa who for his first time was content with God, and God supported him before the enemies, but when he turned his back on God, he saw himself abandoned.

At the conclusion of this Divine Service, Leading Apostle Bauer led a meeting of ministers with the theme of soul care and community development.

On August 7, 2022, our District Apostle conducted the Divine Service, which was broadcasted in the interior of Guinea, especially in Sierra Leone and Liberia. The basic word of the service was Luke 17:17-19: "Jesus answered, 'Were not the ten healed? And the other nine, where are they? Was it only this stranger who came back and gave glory to God? Then he said to him, "Get up early, go; your faith has saved you."
The message was not to be content with being elected by the sacraments, but, to stay connected to God in gratitude, making thanksgiving to be saved. Having salvation in gratitude is what is important.

The Assistant Apostles: Apostles Garber (grateful to God for the help of the Lord to be servant of God until now); and Apostle Sesay (gives glory to God for living the retreat, a thanks of a perfect mission, rendered for and by the Lord in His vineyard).

Thus were admitted to the retreat Apostle Garber, Apostle Sesay and Bishop Essequi, all from Sierra Leone; then ordination into the Apostolate, of Evangelists Bob Freeman Saidu and Abu Tamba Bangura for Sierra Leone.

The farewell was a lively atmosphere, where everyone wanted the continued presence of our District Apostle. 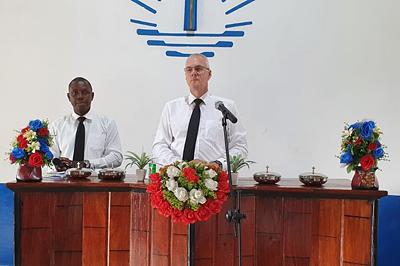 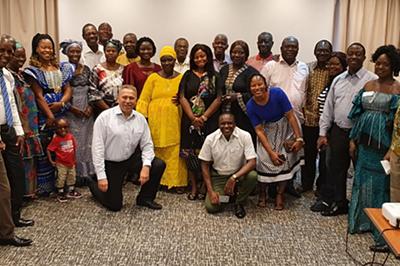 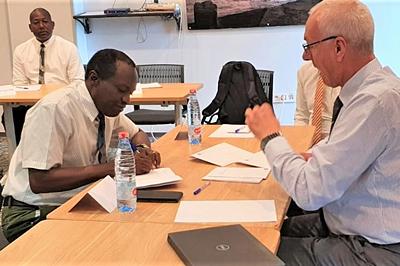 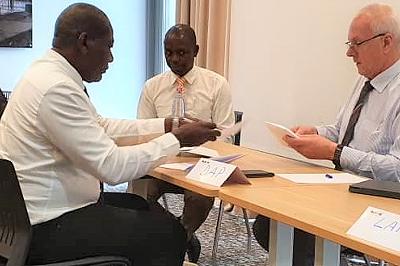 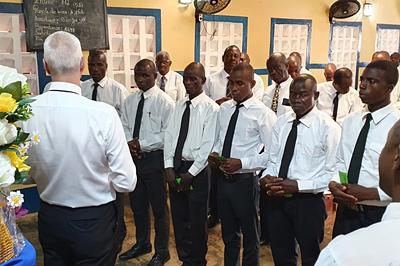 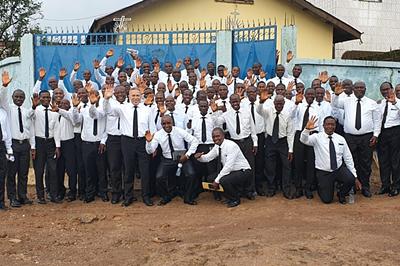 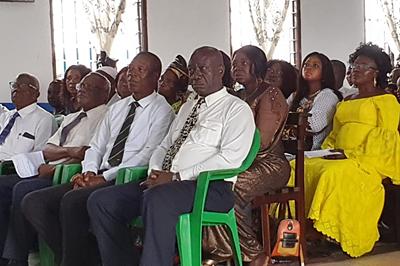 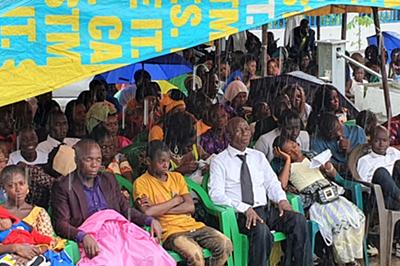 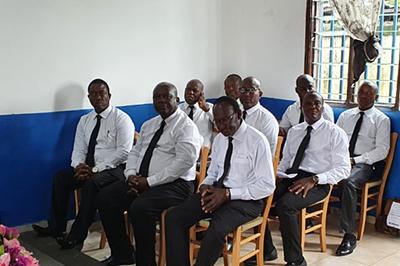 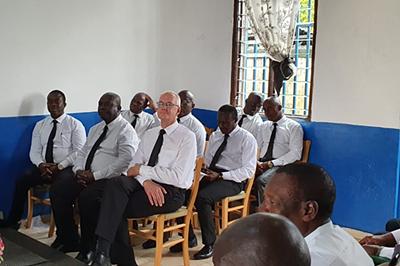 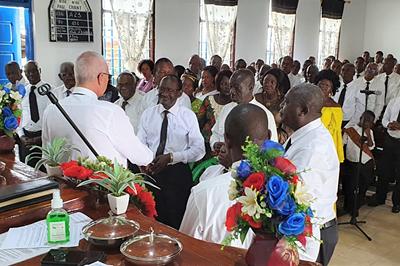 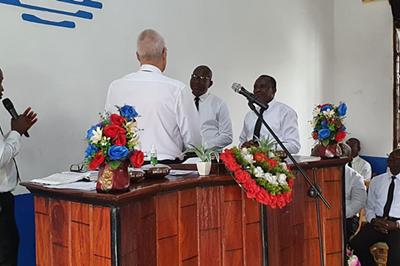 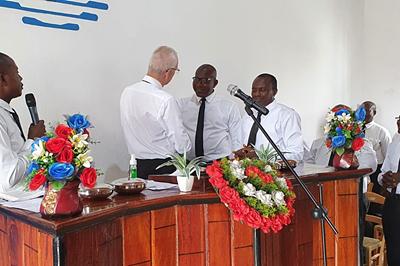 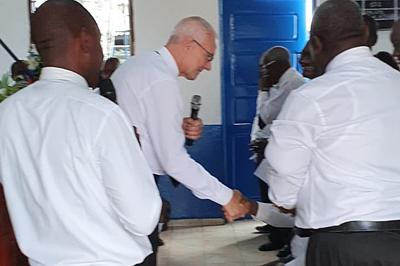 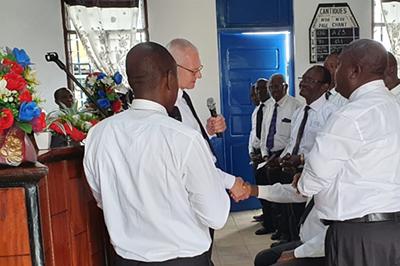 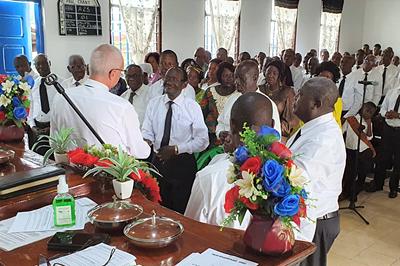 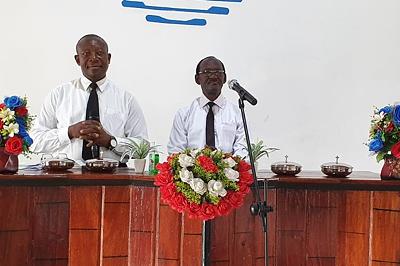 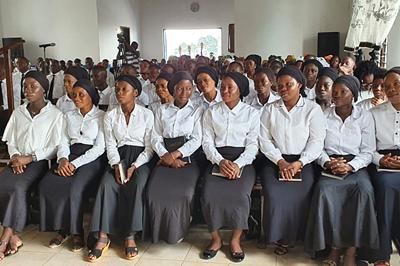 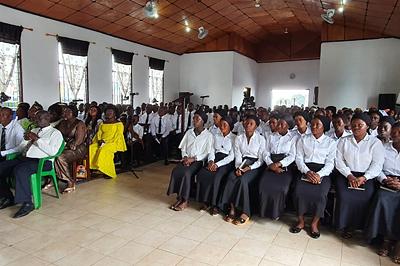 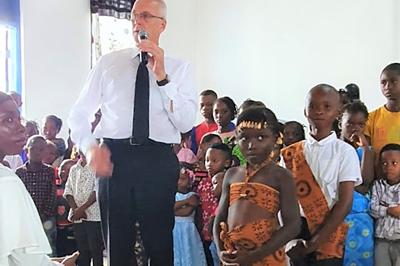 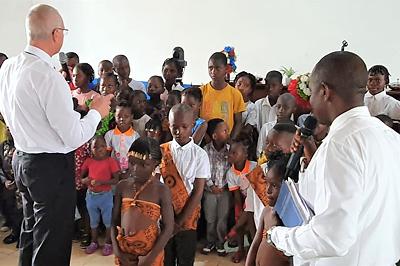 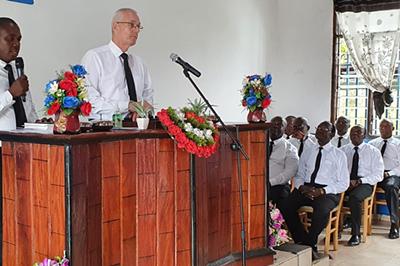